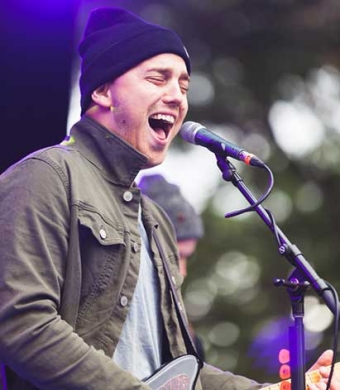 The band consists of sing- er-songwriter Andrew Reinhardt on rhythm guitar and lead vocals, Matty Klyne on lead guitar, Joseph Andres on bass, and Jeremy Randell on drums. The dynamic group recent- ly worked in studio with Wade MacNeil of Alexisonfire producing their new EP titled “Three Years.” Working with- in their indie roots, combining truly organic sounds with an alternative rock vibe, the band is very excited to share their new material with fans.

Over the past year, Eleven North has had the privilege of sharing the stage with Juno awards winning bands such as Dear Rouge, Hollerado, Michael Ber- nard Fitzgerald, The Lazy’s, Ivory Hours, and Andy Brown to name a few. Juno winning producer Les Cooper named Eleven North “a huge talent with a voice that reach- es out and grabs you,” and “one to watch out for!”