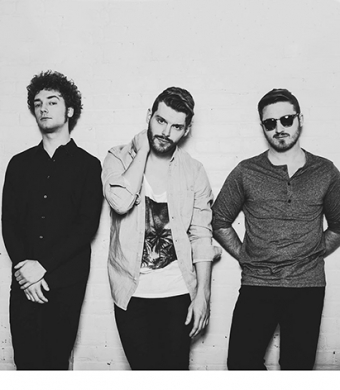 James Blonde is a Canadian alt rock band made up of three lead singers and multi-instrumentalists Neil Carson, Phil Taylor and Steph Mercier.

The band crafts their own unique blend of pop and hook infused indie-rock that has become synonymous with their identity, a united and individualistic sound that required its own name: James Blonde. This trio emerged out of the ashes of their predecessor (Xprime), having toured the country and performed at major festivals like Osheaga, Edgefest and Canadian Music Week to become the live powerhouse they are now.

The band débuted on Jan 1st, 2017 opening the Niagara Falls New Year’s Eve concert with Sam Roberts Band and Serena Ryder to over 10,000 people, going on to perform at the Invictus Games with Sloan later that year. With their début 10 song LP out, James Blonde is only getting started and plans on delivering their explosive performances across North America in 201.