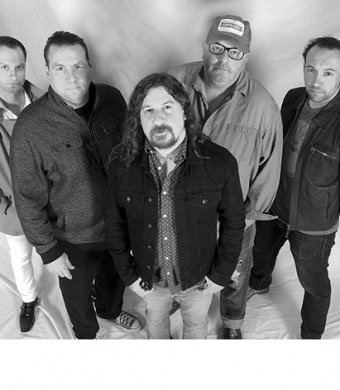 Originally conceived in 1995 in St. Catharines, Ontario,  The Strictly Hip is now based in Buffalo New York performing for The Hip’s rabid American fan base.

The Strictly Hip regularly perform to sold out venues on both sides of the border and have created a loyal fan base of their own.

This is not a campy impersonator act. The Strictly Hip have adopted a performance approach similar to that of the popular “Classic Albums Live”…music FIRST.  The music of The Tragically Hip is performed passionately, respectfully and with reverence to its creators.  It’s a fun and nostalgic adventure through The Hip’s storied catalog of favourites. No gimmicks required.

Play air guitar.. sing-a-long… play drums on the table. Celebrate the music of The Tragically Hip with a fist in the air and an arm around your buddy. The Strictly Hip bring the soundtrack of a million camp fires, road trips, and backyard parties to the concert stage.

Find The Strictly Hip On