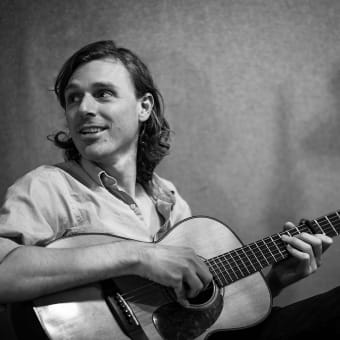 Check out Joel Plaskett Emergency in St Catharines at Cicada Music Festival along with other amazing artists, food and drink.

Canada has produced some of the world's most enduring songwriters and Joel Plaskett is being hailed as one of the best.

Since spending his teenaged years recording and touring with Halifax indie upstarts Thrush Hermit, Plaskett has been writing his own story. After releasing two critically acclaimed albums – In Need of Medical Attention (1999) and Down at the Khyber (2001) – independently, Joel signed to Maple Music Recordings for the release of 2003's Truthfully Truthfully, a rock tour de force with his band, The Emergency. That record scored with critics and fans alike and truly put Plaskett on the national radar once and for all. Truthfully Truthfully was nominated for a Juno Award for Alternative Album of the Year and won an East Coast Music Award for Rock Recording of the Year.

Joel has toured extensively both solo and with The Emergency, to sold-out clubs, theatres and headlining festivals throughout Canada, the United States and Australia, on the heels of great Canadian success with his Make A Little Noise DVD & EP (2006) and Ashtray Rock (2007). Joel's triple layered album, Three (released March 2009) features a stellar line up of guest musicians including his father Bill Plaskett, Rose Cousins, Ana Eggie and his band, The Emergency (Chris Pennell and Dave Marsh). Three received overwhelming response from media and radio programmers across the country and was nominated for the prestigious 2009 Polaris Music Award, which recognizes the best Canadian recordings in the last year.

Share this and let everyone know you want to see Joel Plaskett Emergency at Cicada in St Catharines this October 2019.