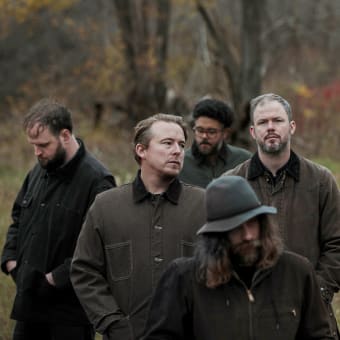 Check out Wintersleep in St Catharines at Cicada Music Festival along with other amazing artists, food and drink.

The average Canadian carries around with them in their head a vision of spaciousness." So theorized Canadian composer R. Murray Schafer, describing a so-called ‘Canadian sound.' For Schafer and many others, it was a sound defined by space, by the land and our distance from and proximity to it. For Harry Freedman, it was "gaunt" and "lonely." Elaine Keillor called it "immense, empty, mysterious, harsh, indifferent, producing a response of awe mingled with terror and an intense sense of spiritual loneliness."

On Wintersleep's seventh full-length record, In the Land Of, this geography is both real and imagined. It is understood that our surroundings are not, in fact, essential or concrete elements they're constructed in relation to us, the inhabitants. Our identities, too, are constructed in relation to the land. The land, both physical and figurative, changes, and so do we. Familiar land. Foreign land. Inhospitable land. Unceded land. Stolen land. Dead land.

This might be why In the Land Of doesn't inhabit one terrain, but many. It might also be why none of these terrains feel comfortable. "I don't really feel 100% at home anywhere," says vocalist and guitarist Paul Murphy. "Over time, that's something that weighs a lot on me, not feeling really connected to my environment."

Share this and let everyone know you want to see Wintersleep at Cicada in St Catharines this October 2019.